Green hydrogen : the future of energy ?

In the last few months, green hydrogen has been introduced as a magic bullet to fight against global warming. Unlike other sources of energy, green hydrogen could have a considerable and positive impact on greenhouse effect. How would green hydrogen – exploited with others green energy sources – become an actual asset for the energy transition? Does it be worthy of his statute of fuel of the future? Here are the answers!

Hydrogen: a natural gas to rediscover

The four different types of hydrogen

Nowadays, 95% of the hydrogen we use is produced from fossil energy sources. Overall, there are four different types of hydrogen:

The hydrogen among the universe

The hydrogen is the lightest gas existing in the universe: One liter of this gas only weighs 90 Mg of atmospheric pressure, which made him 11 times lighter than the air we breathe. The hydrogen also is the most abundant chemical element in the universe. It can be found it in the composition of the sun, the stars and the gaseous planets. On Earth, some emissions of natural hydrogen have been observed. Nevertheless, these natural gas emissions are not exploitable in significant quantities and at competitive costs.

The hydrogen is a gas: to be transported, it must be stored in a liquid form. To liquefy it, it must be compressed (700 bar) or to cool it (-252.87°C). These days, most of car manufacturers find out the solution by storing it in a high-pressure gas form. This technology makes possible to store the hydrogen quantity needed for a car powered by a fuel cell, in order to drive about 500 to 600 km between each full tank.

Hydrogen : methods and costs of production

There are three hydrogen manufacturing processes:

The costs of producing hydrogen

Nowadays, the hydrogen just coming out from factory, produced from steam methane reforming, cost around 1.5€/kg. of H2, three times more than the price of natural gas. Now, the real cost of hydrogen made from electrolysis is 4 times higher. Consequently, it only represents 1% of the French production.

The hydrogen is a gas: to be transported, it must be stored in a liquid form. To liquefy it, it must be compressed (700 bar) or to cool it (-252.87°C). These days, most of car manufacturers find out the solution by storing it in a high-pressure gas form. This technology makes possible to store the hydrogen quantity needed for a car powered by a fuel cell, in order to drive about 500 to 600 km between each full tank.

According to numerous experts, the use of hydrogen as an energy vector is likely to open up new and wide perspectives in the world of energy. Fuel cell -which produce electricity by being powered with a fuel such as hydrogen- is the foundation of these promising methods.

The principle of electrolysis

In a fuel cell, the principle of electrolysis makes possible to exploit oxygen and hydrogen to produce electricity and heat which only are releasing water. This energy is generated while the cell is powered.

The fuel cells can be used as an eco-friendly alternative to classics combustion engines inside vehicles.

Hydrogen and fuel cells technology can significantly help regions and cities to take up the challenge of reducing the greenhouse gas emissions.

The fuel cell for drones uses

The fuel cell dedicated to drones is becoming an asset thanks to its rapidity of charging (15mn) and its battery life. Moreover, the weight of its batteries is not essential anymore, since the sole energy stored is hydrogen.

In 2020, 1 kilo of green hydrogen costed about fifteen euros and enabled to produce about 33 kWh of electricity.

A new era for the green energy

Within all the transport and energy sectors, lots of apps are ready to be deployed. These successive deployments prove that this technology represents a viable and useful solution for the future.

Green hydrogen can become a centrepiece of our future in terms of energetics, showing a strong potential: It contain three times more energy than petrol and four times more than coal.

As the most polyvalent energy-giving vector, green hydrogen can meet all the needs. It also can be produced locally and guarantee a safe supply for the future.

“When something evolves, everything around that thing evolves as well”. L’Alchimiste, Paul Coelho 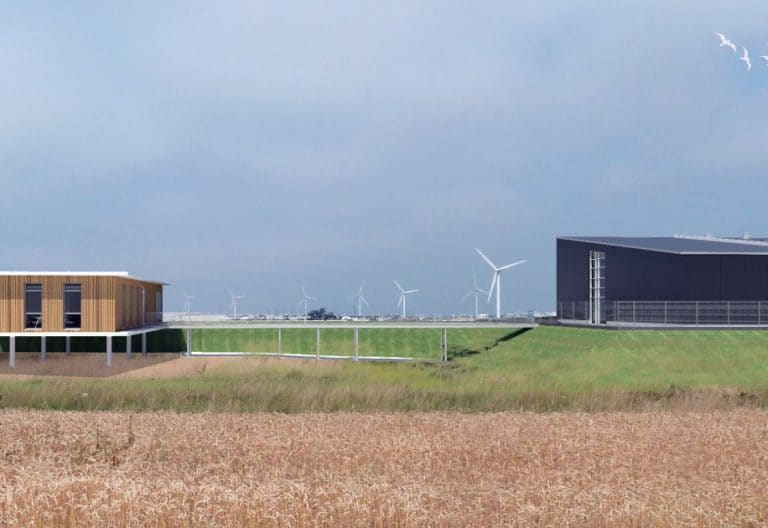 The Buttairfly team is working on the very short-term deployment of a 500 kWp (kilowatt-peak) green hydrogen production solution. Our…

Read Story
Energy
December 25, 2020
Want to contribute to the project ?
We are constantly looking for motivated and atypical profiles to work with us
join us